November 22, 2017
Thanksgiving is just one day away! In celebration, Above & Beyond Roofing has gathered some fun facts about this holiday revolving around giving thanks and eating turkey. Share these with your family and friends as you gather for a delicious feast this Thanksgiving. Enjoy! 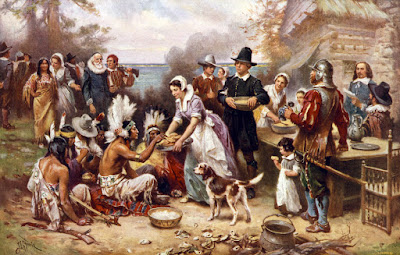 2. Historians believe that no turkey was served at the first Thanksgiving. Deer, ducks, geese, oysters, lobster, eel and fish were likely served instead. While they probably ate pumpkins, there definitely wasn't any pumpkin pie.

3. At the first Thanksgiving, they did not use forks; all they had was spoons and knives. Forks weren't introduced until 10 years later, and weren't a popular utensil until the 18th century.

4. Thanksgiving was almost a fast instead of a feast. Early settlers gave thanks by praying and abstaining from food. It wasn't until the Wampanoag Indians joined them to celebrate their first harvest, and turned their fast into a 3-day feast!

5. The first Macy's Thanksgiving Day Parade took place in 1924. On that day, 400 employees marched from Convent Ave to 145th street in new York City. While no large balloons were present for this parade, live animals from Central Park Zoo were featured.

6. Americans eat about 46 million turkeys each Thanksgiving. Californians consume the most turkey on Thanksgiving Day out of all the states in the U.S. The average Thanksgiving turkey weighs 15 lbs. 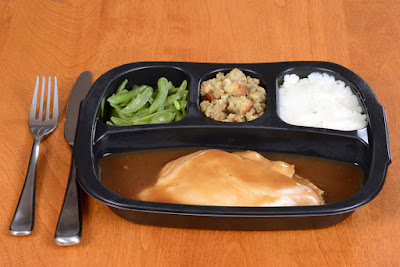 7. TV dinners were invented because of Thanksgiving. In 1953, Swanson had so much extra turkey, 26 tons to be exact, that a salesman told them they should package it onto aluminum trays with other sides, such as sweet potatoes. Thus, the first TV dinner was born!

8. The NFL started the Thanksgiving Classic games in 1920. Since then it's become tradition for the Detroit Lions and the Dallas Cowboys to host games on Turkey Day! in 2006, a third game was added with different teams hosting.

9. Thanksgiving is not just an American holiday. Canadians celebrate it too. However, they celebrate Thanksgiving on the second Monday in October instead of the fourth Thursday in November.

Bonus Fact: In 1939 President Roosevelt moved Thanksgiving up a week hoping it would help the shopping season during the Depression area. It never caught on and was changed back two years later.