March 17, 2017
While we all know you're supposed to wear green on St. Patrick's Day, what other symbols and traditions are associated with this Irish holiday? Keep reading to find out in today's blog from your favorite roofing company at the Lake of the Ozarks, Above & Beyond Roofing! 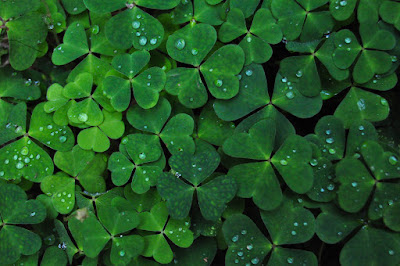 
Ironically, the color for St. Patrick was actually blue, not green. However, during the 19th century, the color green became a symbol of Ireland. Due to the plentiful rain and mist, the "Emerald Isle" is always green. The lush landscape, said to have "40 shades of green" was probably inspiration for Ireland's national color. Wearing the color green is considered an act of paying tribute to Ireland. It's also said to bring good luck, especially when worn on St. Patrick's Day.


One of the most popular symbols associated with St. Patrick's Day is the shamrock. "Shamrock" is the common name for several different varieties of 3-leaf clovers native to Ireland. In ancient Ireland, it was considered a sacred plant because it symbolized the rebirth of spring. The shamrock, now Ireland’s national flower, grows green and in abundance all year long. Legend has it, that St. Patrick used the clover to explain the doctrine of the trinity. The Irish consider the shamrock a symbol of good luck as well.


Belief in leprechauns probably stems from the Celtic belief in fairies, tiny men and women who could use their magical powers to serve good or evil. The term "leprechaun" comes from an Irish word meaning "little body." Leprechauns are Irish fairies that look like small, old men, standing at about 2-feet tall. They are often dressed like shoemakers, with crooked hats and leather aprons. According to the legends, leprechauns are aloof and unfriendly. The live alone and pass the time by making shoes. Known for their trickery, Leprechauns are said to have a hidden pot of gold! 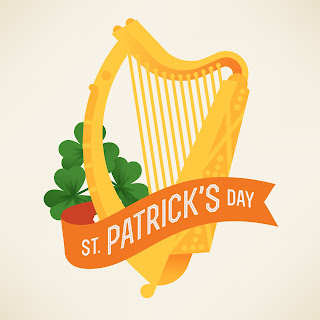 
The harp is an ancient musical instrument used in Ireland for centuries. The Harp has long held special significance for the Irish as both a respected instrument and a national emblem. While not as recognizable as the shamrock, the harp is a widely used symbol. Originally used as a rebellious symbol of Irish pride, the harp now appears on Irish coins, the presidential flag, state seals, uniforms and official documents.


Each year, people gather to enjoy the popular St. Patrick's Day meal of corned beef and cabbage. While cabbage has long been an Irish food, corned beef only began to be associated with St. Patrick's Day at the turn of the century. Irish immigrants living on New York City’s Lower East Side substituted corned beef for their traditional dish of Irish bacon to save money.

Happy St. Patrick's Day from Above & Beyond Roofing! As this holiday comes and goes, we know that spring is on the way. Make sure your roof is ready for the spring showers by having it professionally inspected. We provide free roof inspections at the Lake of the Ozarks. Give us a call at 573-302-0354 to schedule yours today!