What Too Much Snow Can Mean for Your Roof

January 12, 2017
Roofing problems are quite common during the winter season. If you're roof is already worn out or in need of repairs, the winter weather can make it worse and lead to bigger issues. Ice dams are one of the most common winter roofing problems, but snow can be just as bad. In today's blog, you Lake of the Ozarks roofers discuss what could happen if your roof has too much snow on it. 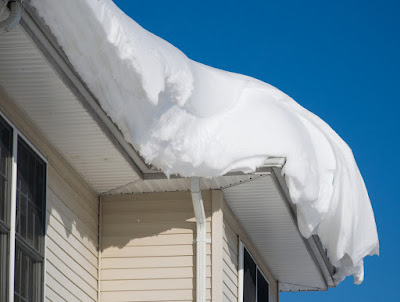 
While we don't typically get two feet of snow in one storm like other parts of the country, Missouri does get it's fair share of snow. Snow has been known to fall in Missouri as early as October and as late as May; however, most of it falls between December and February. Throughout the state we average anywhere between 8 and 24 inches, with the northern part of the state seeing more snowfall than the south. It is unusual for snow to stay on the ground for more than a week or two, and typically about the same length of time on your roof.

Snow on Your Roof


In the event we do get a snowstorm with a good amount of snow, your roof could be in danger. That's why it's so important to take advantage of our free roof inspections at the Lake of the Ozarks every fall. While all roof are originally built to withstand the effects of winter weather, a roof that's already in poor condition could fail. The accumulation of snow and ice on your roof provides added weight. The pressure from this weight could cause your roof to sag or bow. The weight can also transfer horizontal forces causing your walls to deflect or move slightly outward. If the weight of the snow and ice exceeds design capacity, the movement and sagging can become permanent. In extreme cases, the roof could even collapse. 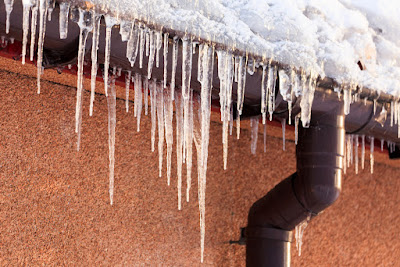 Warning Signs to Look For


Whether or not a roof can withstand the weight of ice and snow is dependent upon the depth and density of the snow, as well as how your roof was built. Here are a few signs that you may have a winter roofing problem:

If the snow on your roof is 18 inches high or more, you'll definitely want to remove it, especially if you have a low-pitched roof. The best way to accomplish this is with a roof rake (be careful not to damage your roof with the rake) or by calling a professional roofing company at the Lake of the Ozarks. If you're concerned with the condition of your roof this winter, trust no one other than Above & Beyond Roofing. Give us a call at 573-302-0354 for a free inspection or a free estimate.


common winter roof damage damage from snow dangers of too much snow on roof free roof inspections at Lake of the Ozarks lake of the ozarks roofing company the effects of snow on your roof
Location: Osage Beach, MO 65065, USA