July 01, 2016
Another holiday weekend is upon us and we're gearing up to celebrate America's Birthday all weekend long. Just like with any other holiday, the 4th of July has many traditions that people across the country will be taking part in this weekend. In today's blog, your Lake of the Ozarks roofer takes a look at a few of the most common traditions and how they came to be associated with Independence Day celebrations: 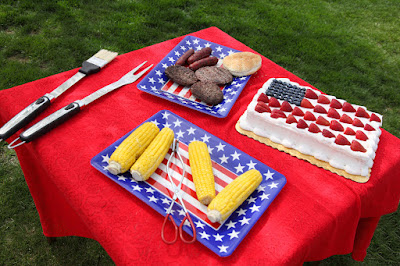 
Cookouts are one of the most popular activities to partake in during the 4th of July holiday weekend. From that juicy steak to the traditional burgers and brats, 4th of July is the nation's most popular outdoor cooking holiday. How did throwing meat on the grill become part of this patriotic holiday? In the early 1800s, colonists in Virginia had been getting together in the summer to smoke large animals over a pit since before the nation's founding, a tradition they brought over from the West Indies. The practice spread in the first half of the 19th century as political leaders began staging rallies to mark Independence Day. To draw crowds, they held massive bbqs, often roasting whole pigs or even oxen.


Whether you buy fireworks to shoot off at your home or head out to see one of the major public fireworks displays, the 4th of July wouldn't be the same without a few mini explosions! The tradition of fireworks is as old as America itself. John Adams wrote a letter to his wife in which he stated that Independence Day celebrations should "be celebrated by pomp and parade, with shows, games, sports, guns, bells, bonfires and illuminations from one end of this continent to the other."


The American flag is probably the most patriotic symbol we have. The stripes represent the original 13 colonies, while the stars represent the 50 states. The colors of the flag are symbolic as well: red symbolizes hardiness and valor, white symbolizes purity and innocence, and blue represents vigilance, perseverance and justice.  Show your patriotism this 4th of July by hanging an American flag at your home or business. 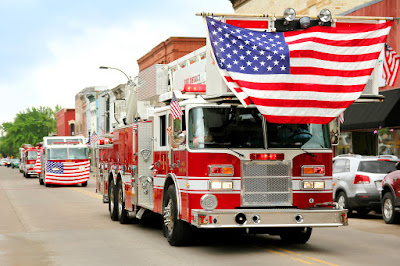 
No matter the holiday, Americans love to celebrate with parades, and the 4th of July is no different. People across the country will put on their red, white and blue and march down the street to show their patriotism for our country. From America's National Independence Day Parade in Washington, D.C. to our little hometown parades, this tradition is celebrated in areas across all 50 states!


No matter which of the above traditions you choose to partake in, the holiday weekend is the perfect time to get together with family and friends. From as far back as 1776, this holiday has been celebrated with groups of people gathering to celebrate the Independence of our nation. People got together to honor the people who fought in the American Revolution, as well as the fact that our country is free. The long weekend allows you to travel and visit those you don't get to see that often, or even take a vacation to a new place!

Above & Beyond Roofing wishes you a very Happy 4th of July Weekend! Remember when you're shooting fireworks at your home to shoot them away from your house. You don't want to end up with any roof damages during your holiday fun! However, if you are in need of roof repairs, either due to holiday festivities or recent storms, give the best roofing company at the Lake of the Ozarks a call!